Here are few changes in the recent Ubuntu release:

Unity shell usages has matured a little. It is Ubuntu's user interface shell. Unity is released with version 11.04 but it has lots of problem due to design decision etc.. Effort has been made to make user experience better.

A large number of changes has been made in Unity's Dash. It is an overlay that exposes applications and provides quick access to files. In this version it is better streamlined.

Global Menubar is still an issue.

Unity 2D has been shipped with new version. It is much like Unity but doesn't support Unity's OpenGL-powered visual effects. So, if hardware doesn't support 3D then Unity 2D can be used.

Themes and font is continuously evolving. GTK 3 has been used in this release.  A new fixed width variant of font has been used in Ubuntu 11.10. Those who works on vim most of the times or programmers are liking this font very much. 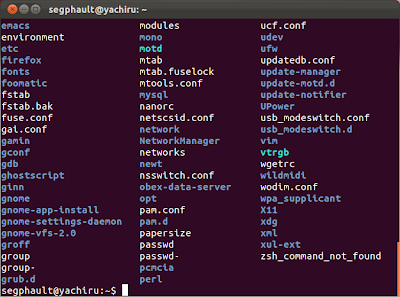 Nautilus file manager has been streamlined. Status bar is disabled by default. System setting applet has been changed. You will see less option.

The software center layout has been redesigned to make it simpler.

Thunderbird is the default email client now instead of Gnome's Evolution.

Satya Prakash was into Web Development for 10 years. Now, mostly working as Stock Investor.  He is the founder of the Blog.